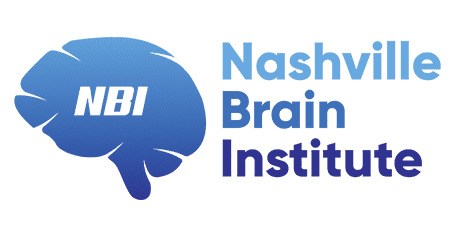 ADHD can severely impact your child’s progress at school, and continue to affect their life as an adult. If you suspect your child has ADHD, Nashville Brain Institute in Nashville, Brentwood, Goodlettsville, and Hermitage, TN, can help. Tianlai Tang, MD, and the team of mental health experts can diagnose ADHD and prepare a customized treatment program to help your child flourish. Call Nashville Brain Institute today to schedule a consultation or book an appointment online.

ADHD (attention-deficit hyperactivity disorder) begins during childhood but can affect people for the rest of their lives. It’s a developmental disorder that causes behavioral problems in children that are often undiagnosed. Children might get labeled as disruptive at school and present considerable challenges for their parents or guardians.

The behavioral problems typical of children who have ADHD mean they often get into trouble at school and home, leading to punishments and increasingly difficult relationships. If a child who has ADHD receives a diagnosis, it can make a significant difference to their progress during childhood, and also help prepare them for their adult life.

What are the symptoms of ADHD?

ADHD symptoms are mostly behavioral. You might be struggling to cope with your child, and they might frequently be getting into trouble for their behavior at school. Some of the behaviors seen commonly in children who have ADHD include:

Children who have ADHD tend to behave in ways that are more extreme than would be seen in their peers, such as leaving the room in the middle of a class. They might appear to be ignoring you at times, when in fact, they’ve disappeared into their thoughts.

Children who have ADHD have particular problems with organizational skills and the thought processes involved in understanding sequencing. When presented with challenges they can’t handle, they tend to either withdraw or act out.

You might well recognize some of these symptoms in your child, but that doesn’t mean they have ADHD. Most children behave in these ways at some time – it’s only when the behavior becomes constant that your child could receive a diagnosis of ADHD.

How is ADHD diagnosed and treated?

The team at Nashville Brain Institute has extensive expertise in diagnosing ADHD and helping both children and adults learn to manage their condition. Diagnosis begins with a review of your child’s medical history and behavior patterns. As ADHD is a problem that starts before the age of seven, if your child was older when the problems began, it’s unlikely the cause is ADHD.

The Nashville Brain Institute team spends time talking with both you and your child and observes how they behave. There’s no definitive test for ADHD, so diagnosis is dependent on having a skilled physician who can identify the symptoms and rule out other causes.

Treatment for ADHD has two key elements. The first is medication, which is typically in the form of stimulants. These help your child to concentrate and reduce the disruptive, self-destructive behaviors.

The second aspect of successful ADHD treatment is behavior therapy. During these therapy sessions, your child learns about ADHD and what it means, and how to adapt their behavior to avoid unnecessary difficulties.

If your child has ADHD or other behavioral problems, you can help them live a more rewarding life and achieve their potential by calling Nashville Brain Institute today or use the online booking tool to schedule an appointment.